NewSpring Capital and Its Portfolio Companies, iPipeline, Inc. and Clutch, Inc., Shine at the 2015 Enterprise Awards

NewSpring Capital and Its Portfolio Companies, iPipeline, Inc. and Clutch, Inc., Shine at the 2015 Enterprise Awards 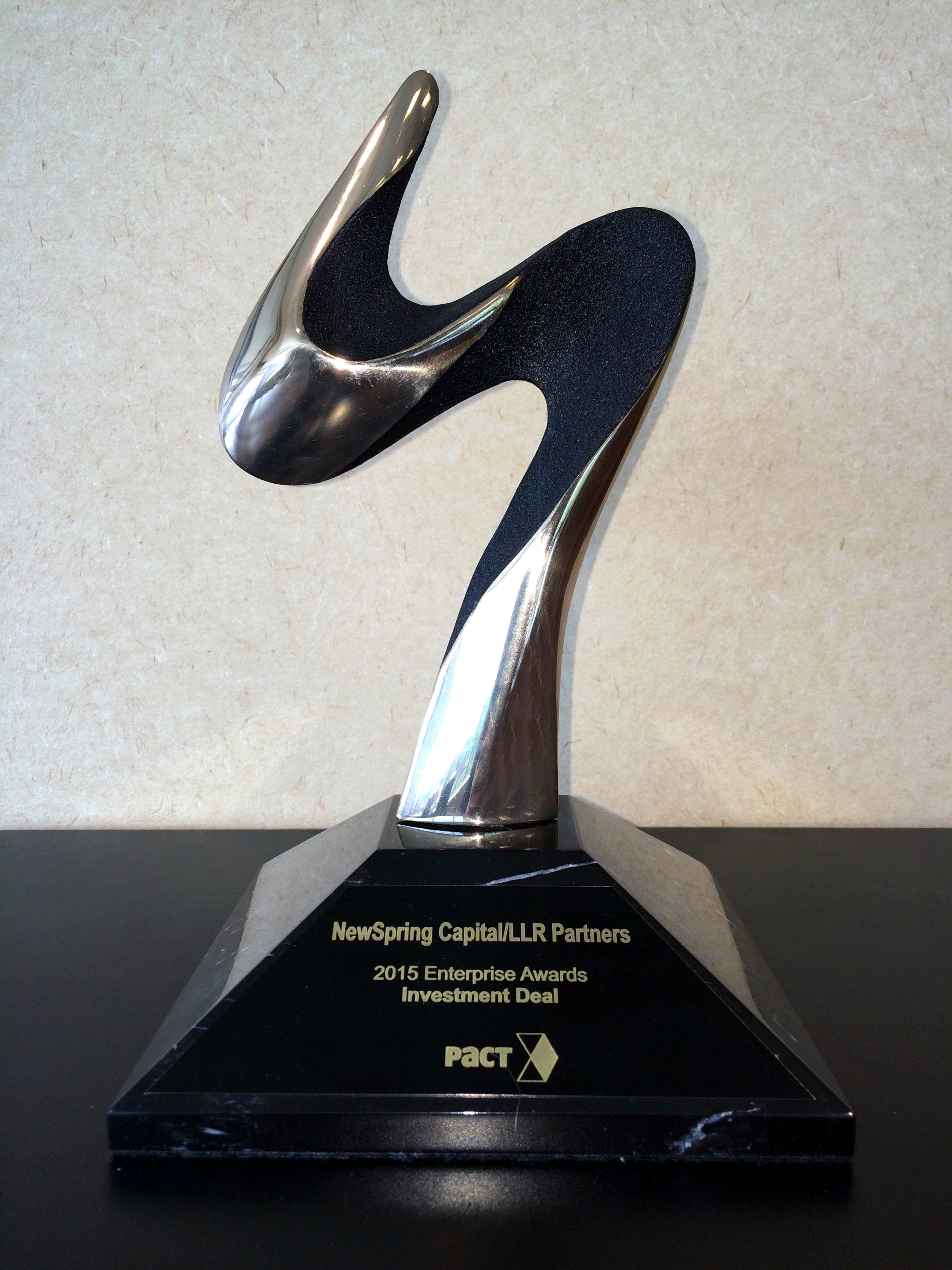 Radnor, PA - May 18, 2015 - Philadelphia based NewSpring Capital("NewSpring") is proud to announce that iPipeline, Inc. (iPipeline) and NewSpring Growth (NSG) were both honored as winners at last Thursday's 22nd Annual Enterprise Awards, presented by the Greater Philadelphia Alliance for Capital and Technology ("PACT") at the Philadelphia Convention Center.

The Enterprise Awards are the region's most prestigious business honors for technology and life sciences companies, leaders, and entrepreneurs. Attracting more than 900 prominent business leaders, the Enterprise Awards black-tie gala celebrates achievement, innovation and success in the Greater Philadelphia region.

NewSpring has been a proud supporter and sponsor of the Enterprise Awards for over a decade and has seen many of its past portfolio companies and CEOs honored at the event for their impressive work over the years including LiquidHub, TMG Health, Ecount and InnaPhase.

NewSpring portfolio companies, iPipeline, Inc. and Clutch, Inc. (Clutch), were named finalists in the Technology Company of the Year and Technology CEO of the Year categories, respectively. NewSpring congratulates both companies and their teams for this well-deserved recognition. In addition, NewSpring's dedicated technology and business services growth equity fund, NSG, was nominated with its co-investor for Investment Deal of the Year for the 2014 sale of Quintiq Holdings, B.V. ("Quintiq") to Dassault Systèmes (Euronext Paris: DSY.PA).

Technology Company of the Year: iPipeline

iPipeline is a leading provider of cloud-based software solutions for the life insurance industry. Through its SaaS solutions, they accelerate and simplify insurance sales, compliance, operations and support. "Tim Wallace, CEO, and his team should be truly honored by this well-deserved award," stated Mike DiPiano, NewSpring General Partner and Board Chairman of iPipeline. "Since our investment in 2008, the iPipeline team has operated brilliantly, growing revenues almost tenfold and have built one of the leading vertically focused SaaS companies in the world."

NSG is honored to have been recognized along with its co-investment partner, LLR Partners, on the Quintiq transaction. Quintiq is one of the leading supply chain planning and optimization software companies in the world, installed in over 80 countries and serving more than 30 industries.

"While we appreciate the recognition, it is really the entrepreneurs and their teams that create the world class companies that allow firms like ours to be successful," stated Marc Lederman, NewSpring General Partner and former Quintiq Board Member. "Victor Allis, co-Founder and CEO, Michael Coluzzi, CFO, and the Quintiq team executed at the highest level during our holding period, growing the business at a CAGR of more than 30 percent per annum while expanding the business to literally every corner of the globe." Mr. Lederman added, "I would like to thank NewSpring Advisory Partner, Michael Donahue, for the key role he played in the Quintiq investment as an advisor and board member. We also appreciate David Gerson of Morgan Lewis for nominating NSG for this award and, more importantly, for his guidance in assisting the Company through this truly global exit - U.S. investors, Dutch target and French acquirer."